So the other week I left for Florida without having sewn up the final version of  McCall’s 7158. While both muslins technically fit, neither looked right on my body thus my enthusiasm for this project waned. I was been struggling to figure out the reason instead of defaulting to the old “Well, it’s because my body isn’t right” excuse.

Since I’ve started up sewing again, I’ve been adding a lot of new sewing blogs to my blog reader. I’ve enjoyed Julie of Jet Set Sewing, Kate of Fabrickated, and Stephanie of My Vintage Inspiration to name a few. They write well, are thoughtful, and cover a lot of ground.

I was perusing past posts from Fabrickated, where Kate has written extensively about body shape. Her post about the shaped body spoke to me:

…When dressing this shape we need to emphasis the waist as straighter styles, especially if they end at the hips or thighs can make the wearer appear wider.

It was like a light bulb turned on; this waist-less style of dress serves only to make me look like a wedge. I also dug her analysis of Marilyn Monroe’s body:

Standing at ease we can see her relatively short legs and “long-waist” ie the length between bust and hips. This is not a traditional “model girl” figure, but it is nevertheless a beautiful body.

Short legs, long waist; Marilyn, we have so much in common! Aside from the fact I’m pretty flat-chested.

Work has been sucking my soul dry of late, and consequently very little progress has been made in the crafting realm.

Although I’ve grown up in the Midwest and therefore am no stranger to the cold, by March my soul is shuffling wearily through life and doing the basic minimum to get by. Some days were nicer than others but they felt like a cruel teaser to summer. I found myself wearing sweatpants everyday, sometimes layered with wool underwear.

Two Wednesdays ago, Sam  and I flew down to Fort Myers, Florida and took a shuttle to Sanibel Island. A causeway was first built in 1963 and updated in 2007, so there’s no need to accommodate a ferry schedule. We arrived around 10:30 at night, marveled at the humid air, and fell into bed once the shuttle dropped us off.

We woke up to the powerful, restorative rays of the sun. It was more sunshine than I’ve gotten in the last six months in Minnesota. A quick morning walk in the already hot air, wearing shorts and a tank top, felt amazing. The abundance of color was a sight for eyes accustomed to blander landscapes. 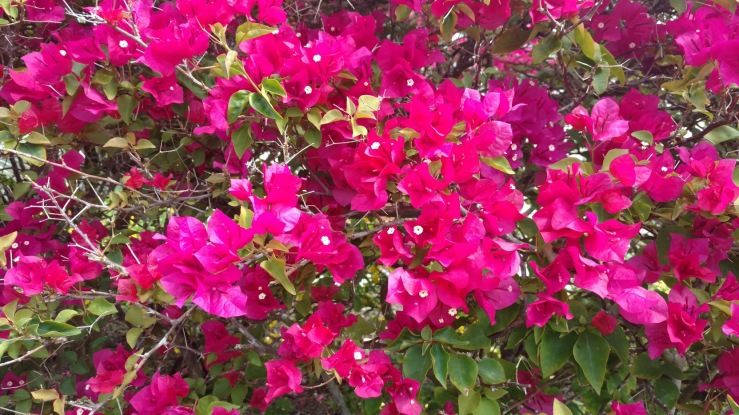 The beach was a quick walk away from the house. There are plenty of beach entries that lead to the side of the island that faces the Gulf of Mexico. Sanibel is known for the quantity of shells that get washed ashore. We didn’t find anything spectacular but it was fun sifting and searching. 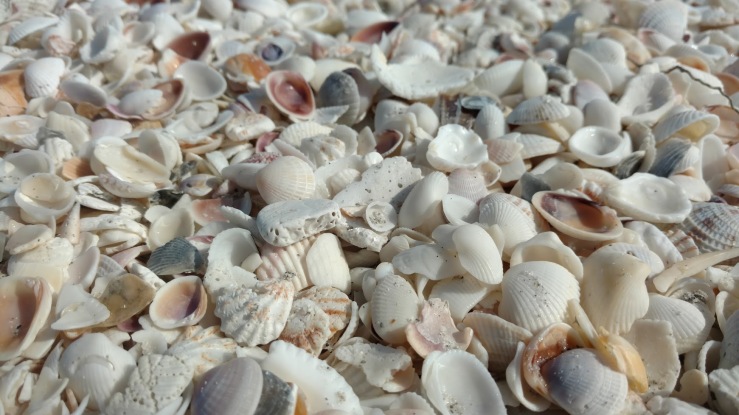 We came across what looked like the plastic leis you buy at the party store. These were creepier and less colorful; like if you put on round your neck, it would try to choke you. They turned out to be chains of whelk eggs. 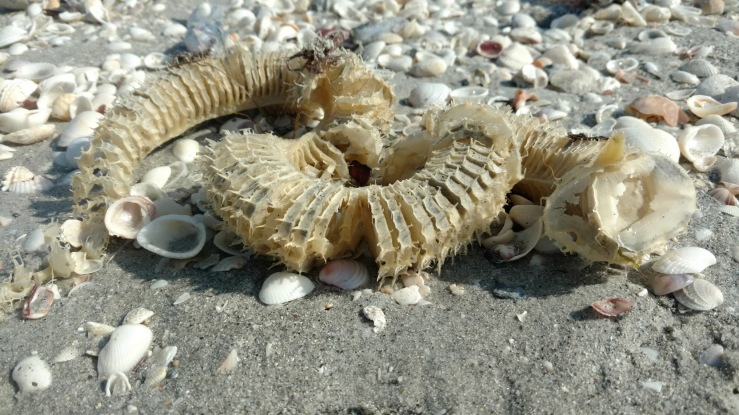 There were also a lot of catfish washed ashore, some looking fresh yet. A couple of girls were collecting them in a bucket; I asked what for and one of them just shrugged. I used to “save” earthworms from the sidewalk during rainy days as a kid, flinging them back into the grass. I suppose I would have responded in kind. The next morning, I spotted some men in uniform picking them up. Image control?

We were on a shoestring budget and often ate at home. Valencia oranges were so cheap at ninety-nine cents per pound. We made a lot of orange juice.

We did a whole lot of nothing. Laying about  by the pool, napping, reading. It was a great vacation.